A BIG thank you goes out to Sensei’s Ed and Jeanie DeCosta, owners of the North Attleboro, MA Dojo for last week’s… 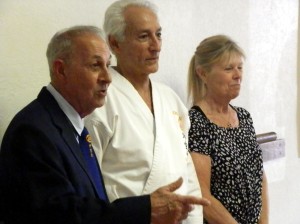 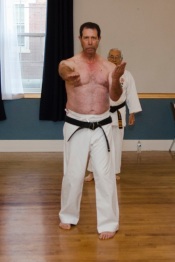 Okikukai Senior Officers and 10th Dan Masters Sensei Nakahodo and Sensei Higa presided as the consummate gentlemen our organization has come to treasure.   These two octogenarian Masters are truly special teachers.  We cannot thank them enough for exhausting themselves each day trying to better every karateka in attendance. 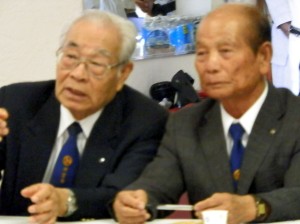 The additional presence of Okinawa’s reigning three-time All Okinawa Kata Champion,  Asao Nakasone was a special treat.   Asaosan (5 Dan) offered fantastic contributions to a great week of karate.  Further attesting to Asao’s character, the Kata Champ was very helpful and humble.  And, was even overheard saying his coming in third place in the All Okinawa Kumite Competition also was “Lucky!” 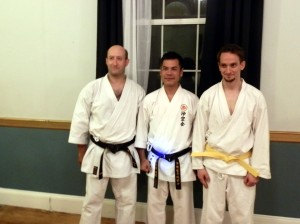 Capping off the week, the DeCosta’s escorted the official Okikukai contingency to Jack Summers gravesite, where Okinawa presented a ceremonial Certificate of Appreciation to Jack’s wife Claire Summers.  This tribute to the decades Jack worked to promote Uechi- Shohei Ryu Karate and the Okinawa culture in this region of the world was a heartfelt and significant gesture, authentically in the honorable warrior spirit of karate family. 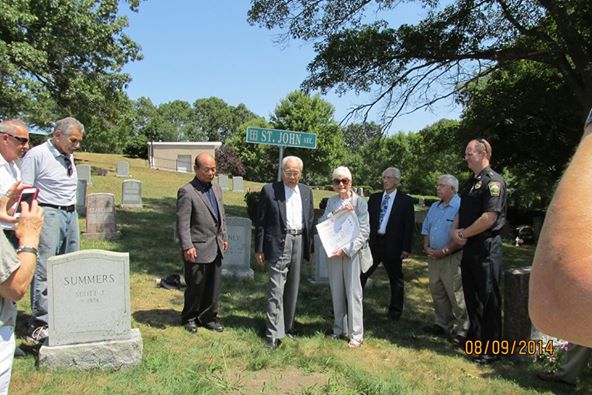 Of course CONGRATULATIONS to all the senior rank candidates who promoted.  This was the best test I can recall participating in.   High calibre karateka travelled not just from New England, but from far and wide, California, Canada, Pennsylvania and others.  There was “much sweat left on the floor” during the week.  As the week was a relatively abbreviated preparation with our Okinawa Seniors, all will attest to a feeling of extra pressure having to improve and rise to the occasion in front of such gracious teachers among a strong group of candidates. 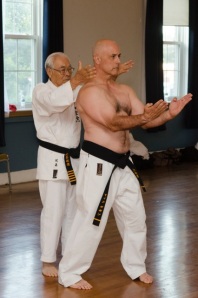 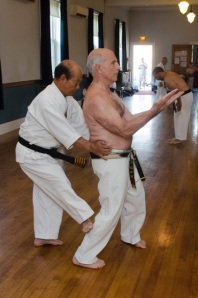 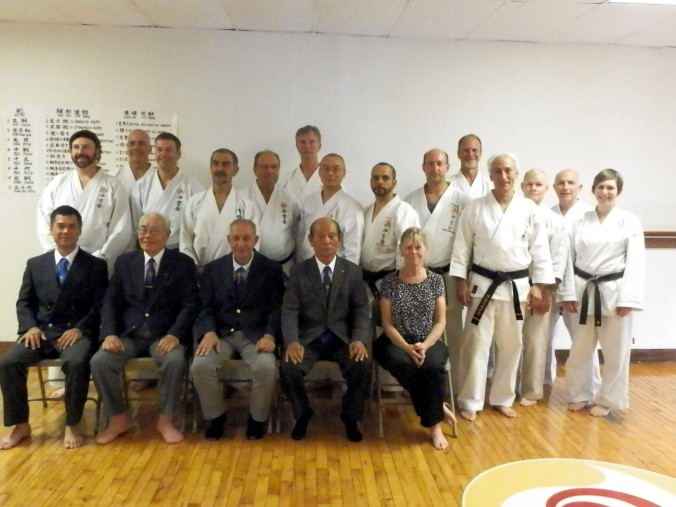 Pointing at his colleague the venerable Master Nakahodo Sensei, Higa Sensei said that the training and promotional had been, “Excellent  …he said so.”

Here’s a photo from the 2010 spring Dan test held at the ‘Authentic Karate Training Center‘ in Peabody MA.  Congratulations! 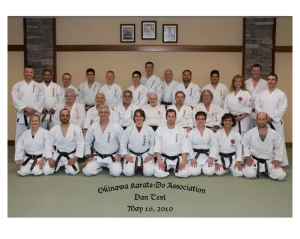